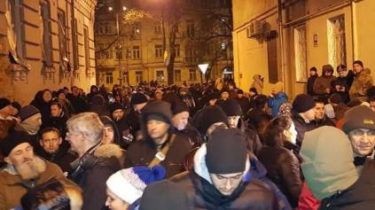 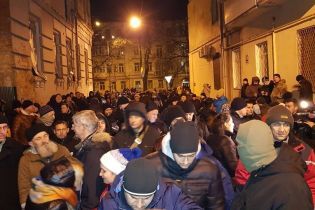 For the leader of the “Movement of new forces” McHale colleagues, Saakashvili gave in jail personal items, medicines, books and notebooks. This was told by lawyer Ruslan Chernolutsky and non-faction Deputy of the Verkhovna Rada Yuriy Derevyanko, reports UNIAN.

“Today we were able to convey personal items, medicines, books, notebooks to work. Quite normally behaved staff insulator: took, all issued according to the procedure, passed,” – said the lawyer. The MP added that notebooks need Saakashvili to write to his followers the “how” and “thoughts, political statements of the Ukrainian people and world community.”

According to defenders, Saakashvili continues hunger strike but is drinking water. The lawyer also said that the detained have no right to hold the SBU. “Violated his rights as a detainee, because we have no right to keep in jail SBU, because, according to international conventions, he has a right to reside only in institutions that are subordinate to the Ministry of justice. This is a procedural violation,” says the defender.

Chernolutsky said that he has no information about the date of the hearing on the remand of the defendant. “Currently, I have a lot of missed calls. We agreed at 12.00 with a senior Prosecutor Dombrovski, who wrote the message on suspicion that he will give us such information. But while we don’t own it,” said the lawyer. Derevyanko added that in order for the court held, “should warn for three hours and present a petition for the preventive measure”.