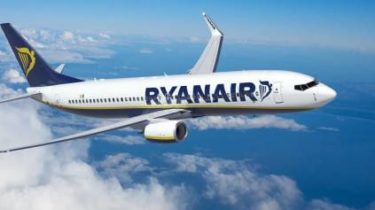 The Minister of infrastructure of Ukraine Volodymyr Omelyan claims that negotiations with the Irish Ryanair Locosto about the work in Ukraine are at an advanced stage.

The Minister said in the TV channel direct, reports UKRINFORM.

“We penaliziruetsya negotiations now. We managed to find a consensus with the airport “Borispol”, he was with the Lviv airport, and in 2018 will definitely be the year of cheap air travel,” said Omeljan.

Videodirector the airport “Borispol” announced the resumption of talks with Ryanair

Company Ryanair announced its withdrawal from Ukraine , July 10, in spite of the prisoner in March, a contract and agreement with the airport “Borispol”. According to the company, it is breach of agreement and cause the cancellation of the ward.

Airport Director Paul Ryabikin took responsibility for the failure of the agreement. According to him, the Irish company was required by the conditions that violate Ukrainian legislation. So, Ryanair wanted free navigation in Ukraine and a free reception in the terminals.

And the airline wanted a free room for the main office and an office for the sale of tickets and the right to build a hotel at the airport – just 14 points requirements. The last of which – any disputes would be resolved by British courts.

The scandal, calling Ryanair in Ukraine is not the first for the airline, and not the last. International business schools case studies the approach of the carrier to different countries and airports teach students as an example of a hard but effective negotiations, because this company has a proven and effective aggressive strategy to achieve its goal.