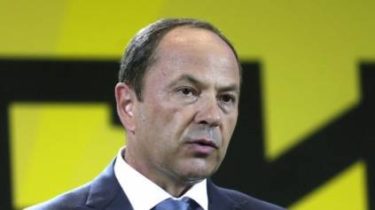 Group “TAS”, owned by Ukrainian businessman Sergey Tigipko became the owner of 99,923% of shares of PJSC “Vs Bank”. This financial institution were a subsidiary of Sberbank Europe AG, which in turn is a subsidiary of Russian Sberbank Group.

On completion of the sale, reported the press service of the Russian “Sberbank”.

“The deal was approved by the Antimonopoly Committee of Ukraine, the National Bank of Ukraine and European Central Bank. “Sberbank” carries out this operation in the framework of the implementation of the strategy to exit the banking market of Ukraine. The agreement will provide an immaterial impact on the Group’s financial performance “Sberbank”, – stated in the message.

“Investments in the acquisition of “Vs Bank” is not only a step to further growth of the Group “TAS”, but, above all, investment in stable development of financial system of Ukraine and ensuring the soundness of the banking service. Entry “Vs Bank” in Group “TAS”, which demonstriruet active development, open to customers and Bank employees new opportunities for growth. In particular, last year the net assets of “Taskombank” increased by 113%, credit portfolio by 100%, customer funds by 115%,” – said the owner of the Group “TAS”, head of the Supervisory Council of JSC “Taskombank” Sergey Tigipko.

He says that “the positive trend of the Bank’s development continues: from the beginning of 2017, the net assets amounted to 59%, the loan portfolio is 76%, customer funds – 65%. Actively developing “Universal Bank”, which is the first in Ukraine launched an online Bank without branches – Monobank. Is convinced that innovative and technological potential of the Group “ТАС2 will allow customers “Vs Bank” offers new perspectives for the development of their business and increasing their own funds.”

As of July 1 of this year in terms of assets “Vs Bank” took the 28th place (3.6 billion UAH) among the 88 existing at that time in Ukraine. PJSC “Vs Bank” was in Lviv in 1991. Was part of the group of “Sberbank Europe” (Sberbank Europe AG) is present in the markets of nine countries of Central and Eastern Europe.

Group “TAS”, founded in 1998, is one of the largest financial-industrial groups in Ukraine. It is presented in the financial and industrial sectors, agriculture, real estate, pharmaceuticals, venture capital projects. In the financial sector of the Group consists of JSC “Taskombank” (on 1 July in terms of assets were ranked 19th (10.6 billion UAH) among 88 banks), PJSC “Universal Bank” financial company “financial solutions Center” (TM “Kreditmarket”), insurance companies – SG “TAS” and “TAS” financial company “European Agency for debt recovery” processing center “TAS link”, leasing company “wolf-Finans”. In 2017, “Taskombank” acquired part of the assets and liabilities of the insolvent “Diamant” Bank and “New”.

Note that after the introduction of sanctions against Kyiv “daughters” of Russian banks, their share has decreased on the Ukrainian market.