The meeting in the case of Saakashvili began after the break 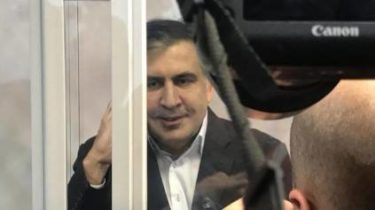 The judge of the Pechersk court opened the hearing on the case of Mikheil Saakashvili.

As the correspondent of TSN, she came back after the break, who announced before that due to noise present in the court.

During a break present in the courtroom created a real hell. All the shouting, fussing, moving the tables. One table was broken.