To Tymoshenko for “re-education”. Lawyers Saakashvili handed over a document about taking him on bail 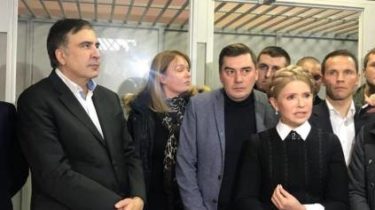 The judge declared a break in meeting of Pechersky court on remand to Mikheil Saakashvili.

Saakashvili declared a hunger strike: “I’ll show you how to die President”

As the correspondent of TSN, the break was declared for the determination of the disqualification of the Prosecutor Alexander Govorushko, which asked lawyers Saakashvili.

The lawyer for 20 minutes read the reasons for disqualification of the Prosecutor, including, in particular, allegations that the case is rigged, a suspicion of Saakashvili has declared a violation.

After the break, the judge read the decision denying the disqualification of the Prosecutor, and then announced another, “scheduled” break for 15 minutes. During a break he took the word of Yulia Tymoshenko, who said that Saakashvili needs to release right now in a courtroom.

Also talked to Saakashvili. “Julia three years of sitting, I have three days. But you look good (to Tymoshenko – ed.). Maybe it’s good?” he said, and received from her the answer that God forbid.

Tymoshenko called the trial of Saakashvili surrealism and gave his lawyers the document under which she and other MPs willing to take the policy out on bail.

“I was even in a nightmare could not have dreamed that I would take bail Saakashvili”, – said Tymoshenko.

Saakashvili, in turn, has added that Timoshenko takes him on re. 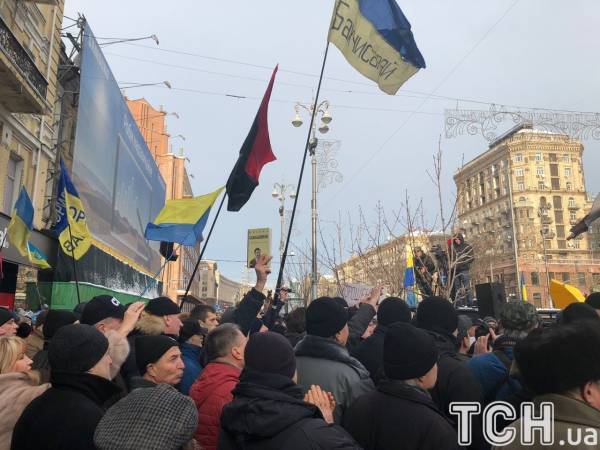 At this time near the Pechersk court is relatively quiet situation. Continues the rally is David Sakvarelidze, which calls not to allow the slightest victory Poroshenko.