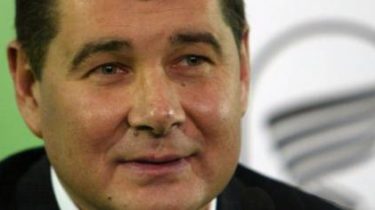 MP Oleksandr Onishchenko, who is hiding abroad, have accused the Prosecutor of fraud with the appointment of judges to consider the “gas case”, the defendant in which he is.

“In my case began lawlessness. All of a sudden. Sharply, emotion, and indifference to the law. Three weeks ago, the NAB filed a petition for in absentia pre-trial investigation of the “gas business”. It got to the judge Vladlen Lazarenko, and the case began to listen in a working regime,” – he said.

According to Onishchenko, this, when taken into account the interests of all stakeholders, not just the detectives NAB, apparently not satisfied with the Prosecutor and he decided the motion to withdraw because they did not suit the judge.

“According to the law it is impossible. And so the case came to the right judge, they make one more petition and served in the same court. And now it has already got into the right judge – Bobrovnik – known “manual” the judge of Solomensky court”, – said the MP is a fugitive.

In turn Onishchenko assured that this repeated request is nonsense for the legal system.

“Usually this amused the lawyers in the civil courts. And now indulge this prosecutors. The goal is to issue a default verdict under the direction of the easy judges. Obviously now such a start in many cases, while the information attention to the trial of Saakashvili. Be careful”, – he concluded.

In my case started the legal mess. All of a sudden. Sharply, emotion, and carelessness to the law. Obviously, right now the Taco…

Recall that Onishchenko is suspected of organizing schemes to the embezzlement of funds in the extraction and sale of natural gas in the framework of joint operation agreements with PJSC “Ukrgasdobycha”, which was caused to the state damage for the sum about 3 billion UAH.

On 27 July the Prosecutor General of Ukraine signed the message on suspicion to the people’s Deputy. 8 August was declared national search. According to the latest information Onishchenko is located in London. A few days later he wrote in his Facebook that for the British jurisdiction, the GPU is little ground for his extradition to Ukraine. Meanwhile, the people’s Deputy-the fugitive arrested property at 700 million hryvnia.