Vakarchuk made a political statement calling 10 steps to reform Ukraine 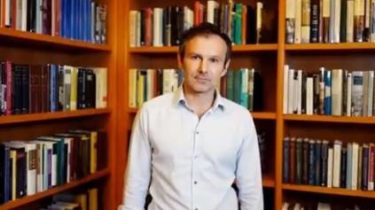 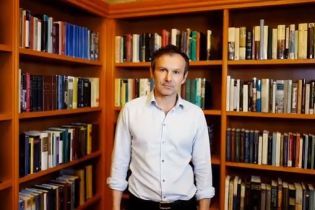 Ukrainian musician, leader of the band “Okean Elzy” Svyatoslav Vakarchuk released a video message in which he denied his political ambitions, but it is called 10 key steps to reform Ukraine.

Video of his statement, Vakarchuk announced on his Twitter page.

The musician said that the government does not interest him, and he never declared his presidential ambitions. He is not going to do it now.

“I’ve never worked with a consultant and did not discuss even a hypothetical political plans. I have never ordered any sociological research or campaigns on the subject of his presidential or other political ratings. And in General to publications such ratings, I am cautiously. And even more restraint to their discussions, because in the country right now there are definitely more important things to discuss,” – said Vakarchuk.

However, says the musician, after the revolution of Dignity he had firmly promised myself that I will never, under any circumstances, will not stand aloof from the processes that occur in the country.

Vakarchuk noted that a modern European state should be based on three pillars: the rule of law, quality of bureaucracy and democracy. In his opinion, the first two columns in Ukraine is rotten to the core and need to build immediately. The musician insists that no one can be aloof from this process, but primary responsibility rests with politicians.

From the rocker to the teacher: Vakarchuk will lecture and study at Stanford University

Vakarchuk called the 10 steps which, in his opinion, can change Ukraine for the better.

1. It is necessary to create an independent anti-corruption court.

2. To change the electoral law. To enter the open electoral lists, but also to eliminate the political dependence of the Central election commissions from the influence of political parties. To form a new composition of the CEC of professional experts with an unblemished reputation.

3. To be a effective civil service reform.

4. To reform the security Service. It should turn from an instrument of influence on business in weapons to fight with those who really undermines our security and independence.

7. To change the rules of conduct for politicians. They should become more simple, open and affordable.

8. To instill the principle of responsibility – politicians should learn to honour their own promises.

9. Embed a culture of transparent communication. Each step of the policy must be clear and truthful explanation.

10. Publicly to outline boundaries. “There are things that should be inviolable. No one under any circumstances should not be broken, and their list should be generated and made public,” – said Vakarchuk.

The musician also believes that “not so important, WHO should lead our country as WHAT it should be.” Vakarchuk urged all to share ideas and suggestions, “how to make our country the Ukraine of our dreams”, in social networks with the hashtag #Snowak.