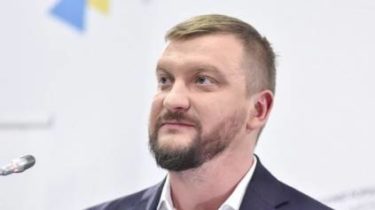 The search, which the detectives NAB, held at the Ministry of justice of Ukraine, jeopardize the claim of Ukraine to the European court of human rights against the Russian company “Rosneft”.

About this on ICTV said the Minister of justice Pavel Petrenko.

Videonab with a search warrant went to the Ministry of justice

According to him, the office was preparing a lawsuit against “Rosneft” on 700 million UAH. This is the amount the office has estimated the losses that the company and its affiliates have caused to Ukraine by the illegal seizure of property.

“This order has been jeopardized our case against Russia, we are talking about the fact that this order, which the judge ruled that to withdraw the necessary documents until December 15, and we were going to file a lawsuit against Rosneft by 19 December, actually undermined the possibility of a claim against a Russian company”, – said Petrenko.

The Minister said that the search was conducted in the office of government Commissioner for the ECHR, where the materials in respect of claims of Ukraine against Russia, which the ECHR has been classified “secret.”

According to the Minister, the judge of Solomensky court’s permission to NAB to withdraw the originals of the statements and materials of cases pending in the ECHR, where one of the parties was the state of Ukraine, for the period from 1 January 2013 to the present.

The order of withdrawal of documents is now in the Ministry of justice on the execution.