“And judges who?”: Saakashvili’s future determined by a judge, known in cases of Korban and Pukach 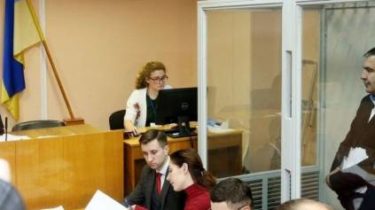 The judge, which now elects a measure of restraint for Saakashvili, known for other resonant processes. Larissa Sokol previously released from custody Gennady Korban and transferred him under house arrest, according to a story TSN.19:30.

Also zokol was one of the judges over the Deputy Igor Mosiychuk, but then the lawyers won her the challenge. One of the most controversial decisions in 2004, against Alexei Pukach, who was then accused of the murder of journalist Georgy Gongadze – Sokol reversed the decision on opening in respect of General criminal proceedings.

Name Sokol two years ago, swept the media and in the Wake of tragedy: as many as eight shots was killed by her partner. He had a relationship to power structures.

As reported, the Pechersky regional court of Kiev could not in time to begin consideration of election of a measure of restraint ex-President of Georgia to Mikheil Saakashvili. Presiding judge Larissa Sokol refused to begin the hearing, since the press and MPs did not react to the appearance of the judge in the courtroom and loudly spoke with Saakashvili. Zokol left the courtroom with a police escort.