In the center of Vinnitsa thousands of people sing “shchedryk” 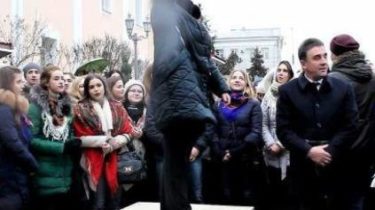 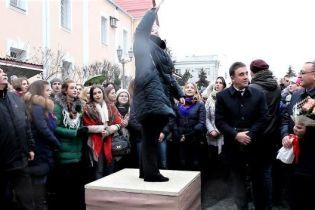 December 13 at the winery about thousands of people sang one of the most popular Ukrainian song “shchedryk”. Participants of a flashmob action dedicated to the 140th anniversary from the birthday of the author of this song by Mykola Leontovych.

About it reports the local edition 20minut.ua.

In flashmob was attended by 20 choirs from Kyiv, Vinnytsya, Zhytomyr, Kharkiv, Odesa, Chernihiv and Rivne oblasts.

The protesters say that it was improvisation and the singers did a trial rehearsal before the performance.

We will remind, last year ‘s song “shchedryk” turned 100 years old, therefore in Ukraine, a wave of mobs with a mass rendition of this song.

Videomedia known all over the world: the history of the Ukrainian “Shchedryk”