Potteromania: the official game of the famous Saga will be able to create their own characters 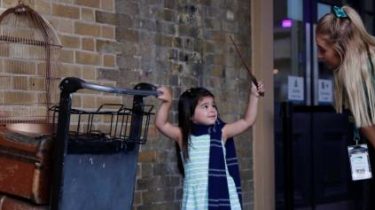 Harry Potter: Mystery of Hogwarts — the first official game based on the “Harry Potter”, which allows players to create their own characters.

This writes Pottermore, – informs the Public.

“Harry Potter, “the Mystery of Hogwarts”, which was announced on 12 December, is a mobile game that implements the imagination of fans of the “Harry Potter” that will allow them to create their own characters and visit the school of magic Hogwarts from the first to the seventh grade, studying magic.

VideoCAM has changed the lives of the actors of Harry Potter

The game created by Jam City, in partnership with Warner Bros Interactive Entertainment and it will be presented in 2018. Specific date of release is still not known, but it is already known that it will be available on Google Play and iOS, and you can pre-register on the site.

Recall that in October the writer Joanne Rowling who is the author of the series, became the highest paid celebrity of Europe according to Forbes magazine. Last year she earned about $ 95 million.