Mobile phones, iron, sledgehammer, and dentures in a jar: the lost passengers in the underground 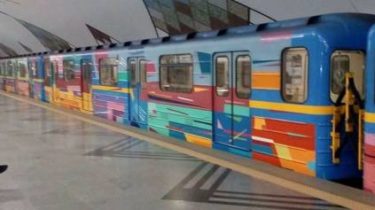 Kiev metro notes that passengers often lose wallets, umbrellas, hats, bags or packages with personal belongings. It all ends up in the lost and found at the station “Nivki”.

“The subway was lost ( in 2017) 21 mobile phone and three electronic gadgets: one laptop, one tablet and one e-book. Also, passengers were returned to the ring and cash in the amount of 2600 UAH. Some passengers forget in the subway unexpected things. Thus, among the finds was an iron Bank of dentures and a sledgehammer,” – stated in the press service of the Kiev metro.

Only a third of owners are coming back for lost things.

“The rest is transferred to state ownership in accordance with the Procedure of accounting, storage, evaluation of seized and other property which becomes the property of the state and the disposal thereof, approved by the decree of the Cabinet of Ministers of Ukraine dated 25.08.1998 No. 1340”, – stated in the message.