Near Kiev shot a new commercial for World of Tanks 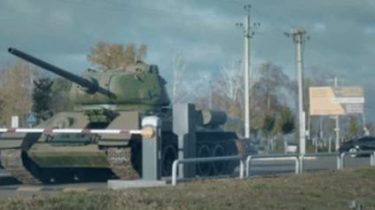 Wargaming company that created the popular game World of Tanks, launched on European television two commercials shot in Ukraine. Both videos were filmed in the town of Bucha, Kyiv region, reports Interfax.

In the first clip at the gas station UPG winner of the T-34-85 understands that huge tank of his car requires the same huge fuel costs.

The second video clip of the tank driver falls into a comic situation when trying to drive it to the Parking lot.

Both ads humorously show that the dream of owning a tank, which is so difficult to translate into reality, can be done easily on the battlefields of World of Tanks.

European Wargaming office has been a customer of the rollers, and the performer – French Romance Agency/DDB Group. Production company was responsible for Wanda Production, the Ukrainian partner which has become known for his collaborations with international brands Studio Radioactive Films. It has removed ads for the Apple Watch 3 at the Kiev railway station.

Overall shooting commercials lasted only 14 hours. According to their creators, the hardest part was to find the T-34-85 in working condition. Advertising campaign with the rollers removed in Ukraine, will be held in ten European countries and will last until February 15, 2018.

Simultaneously with the campaign in Europe, Wargaming begins a large-scale advertising campaign in CIS countries. To do this, they began a long-term cooperation with the theater “Quartet And”. Four actors of this theatre has been shot for commercial of World of Tanks in his characters from the Comedy “what men talk About”.

In his video they are promoting the event “Christmas offensive” that the game will start in 15 Dec and the new update is 9.21, released on December 12. In the video, the men are preparing to celebrate the New year, playing “Tanks” and discussing the game.

Recall that the French rapper Orelsan has also directed his “explosive” clip in Ukraine. In the video you can find out the location of the Postal square, exhibition center and other areas of the capital. During the clip, the performer together with a boy ride in a police car different districts of Kiev and wandering the streets of the capital. It is noteworthy that in the video there are military, which explode in gold confetti.