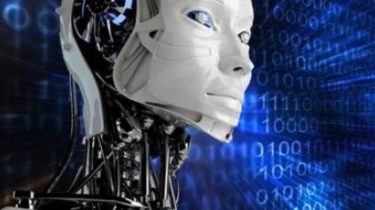 Artificial intelligence has created his own religion, combining in a single system several human beliefs.

This experiment was conducted by physicist Janelle Shane, as reported in your blog.

So, artificial intelligence has processed 38 electronic sources, among which were: the king James Bible, the Vedas, the Koran, the Laws, the Book of Mormon, the Sutras, Kalevala, “the Complete guide to the Tarot”, “the Complete book of witchcraft”, Buckland, Celtic myths and other religious literature.

“It is not a complete sample of religious texts, and it is in no way scientific. I’m no expert on religions, and do not make any effort to balance the source from the popularity of religion or something like that,” she said.

After analyzing each of the religious books, the network has created its own religion and called it the “Temple of Amalgam”. Subsequently, artificial intelligence has produced the Psalms under their sacred texts. Music on one of them put the composer Owen Park.

Videosjustin intelligence is no longer managed

Below you can read a sample of rows from the “Holy Bible”, created by the neural network:

A perfect guru is the giver of the Lord and perfect pool of Lord. The error of the deity of Lord executor, the executor is Lord, but by the darshan of the Lord.

The nun met the invisible universe; in the world-half will be the light of heavenly water.

It might not be clean, but it will a clean cloth and save the clothing of the heavenly man and fifty more, relegating to the gate of the gods and tell them that the art of living kids sword camp valley lamb of the world, for its essence sword of the lamb in heaven, and will not be after all fees chestnuts of the sun.