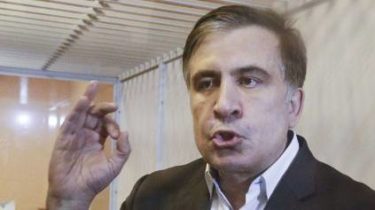 The ex-President of Georgia to Mikheil Saakashvili was elected a measure of restraint. Its just in the courtroom was set free without any conditions.

This decision was announced by the judge of Pechersky court Larissa Sokol Monday, December 11.

Thus, the judge denied the prosecutors the petition about election of a measure of restraint in the form of a round-the-clock house arrest.

Let’s remind, that Saakashvili on the morning of 11 December was taken to the Pechersky court, which he had to determine the measure of restraint.

“The feeling of deja vu”. Tymoshenko arrived in the court and embraced Saakashvili