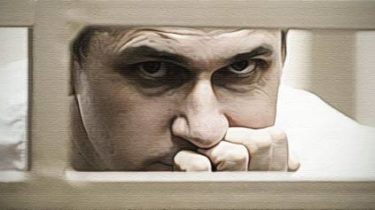 Part of the ceremony dedicated to the Kremlin prisoner. Chinese artist AI Weiwei is the guest of the evening, which was arrested by the Chinese authorities – He wrote an open letter, which was read from the stage.

Weiwei called on Moscow to immediately release the Director urged all to fight for that next year, the Ukrainians stood on the stage with the other winners.

Tape about Sentsov received in Hungary award at the film festival

Earlier, Russian human rights activists learned about the transfer of Ukrainian Director Oleg Sentsov, who is serving a 20-year prison term on bogus charges of Kremlin power. A letter from the prisoner received Nikolai and Tatiana Shchur. The document is dated September 27 and sent from Kirov, where a Ukrainian was on his way from Yakutia Yamal. The Director reports that it will be transported to Labytnangi is a city in Yamalo-Nenets Autonomous district. According to Sentsov, during the stage he visited several penal institutions of Irkutsk, Omsk and Kirov with a bad reputation, but no measures of physical impact to him was not used.