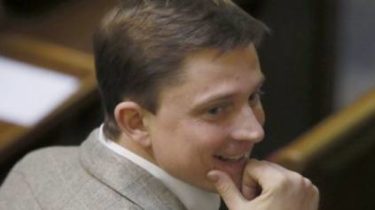 The Prosecutor General’s office of Ukraine sent a Specialized anti-corruption Prosecutor’s office substantive comments on the prepared suspicion to the people’s Deputy of Ukraine from “people’s Will” Oles Dovgy.

“The letter talked about the need to address a number of inaccuracies and errors in the text of the suspicion, and the suspicion itself must be revised”, – stated in the message.

As noted, the comments were primarily about the need to bring suspicions to the requirements of the criminal procedural legislation, however, about the presence or lack of actions long the offense in the letter of SAP it was not.

As of December 12, the GPU is a modified test of suspicion Dovgy has not been received.

“In this regard, any statements that the Prosecutor General’s office of Ukraine allegedly did not see corpus delicti in the actions of Oles Dovgiy, not true”, – concluded the Agency.

Recall, September 22, 2017, the General Prosecutor of Ukraine Yury Lutsenko has informed that has signed the message on suspicion Dovgy, the same day the Kyiv Prosecutor’s office presented it to the MP.

Policy is charged with land fraud in the capital over the working time Secretary the city Council. In the case where 45 hectares of land in reserved Zhukov island, only the nominal value of which amounts to 82 million. Lutsenko at the meeting of the Committee showed the document dated October 2007 with the signature of long.