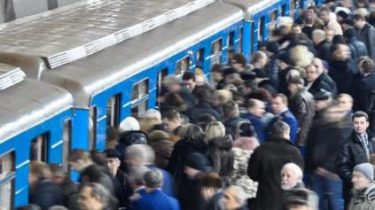 A native of Vinnytsia region received five years in prison for false reports of a bomb threat at the Kiev metro stations “Lesnaya” and “Lybidska” and the detention center.

“The verdict of Shevchenko district court in Kyiv attacker for committing a criminal offense under part 1 of article 259 (Obviously untrue report on threat of safety of citizens, destructions or damages of objects of property) the Criminal code of Ukraine, was sentenced to five years of imprisonment”, – is spoken in the message.

Note that at the hearing the defendant fully admitted his guilt and repented, saying that made the phone calls for fun.

As it turned out, the man had previously been convicted and he called from a mobile phone.

We will remind, earlier in Kiev “miner” metro got kind of a joke four years in prison. 36-year-old prankster had a good time, telling about the threat of explosion at the station “Heroes of Dnepr”.