Canada has agreed to supply Ukraine with lethal weapons 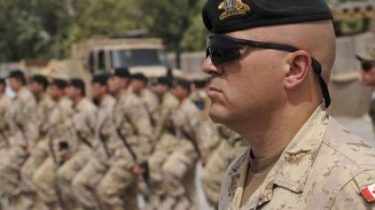 In support of the bilateral relations, Canada has decided to include Ukraine in the list of countries where you can sell a lethal weapon. This is stated in the official government publication Canada Gazette.

The changes are intended to make it possible for canadian exporters to apply for delivery prohibited for sale Ukraine of firearms and devices, their components or parts. The government of Canada stressed that it hoped for further deepening of cooperation with Ukraine in the fields of defence and security, but the reckoning of the country to the list of those, where do you sell lethal weapons, does not automatically mean the beginning of the supply – approval officials will require each individual application for a specific type of arms and ammunition.

This decision became possible after the research conducted by the Global Affairs Canada. Government experts interviewed all stakeholders, including NGOs, and found that the vast majority is configured positively about the idea of including Ukraine to the list of countries that can sell a lethal weapon. At the same time, officials promise to consider a number of reservations regarding the need of control to avoid possibilities of abuse.

As reported, the U.S. Senate approved a draft law on “Budget of the United States to 2018 for the needs of national defence”, which contains the resolution on the allocation of $ 350 million. to provide security assistance to Ukraine. The draft law authorizes the granting Ukraine lethal weapons of a defensive character and greatly expands the parameters of support of Ukraine by the United States in security and defense spheres. Thus, the document includes provisions authorizing the use of funds in the US defense budget to rehabilitate in medical institutions of the United States wounded Ukrainian military personnel, education and training to Ukrainian medical professionals in this field, as well as to enhance the ability of air and naval forces of our state.