Four injured Ukrainian soldiers. A day in the area ATO 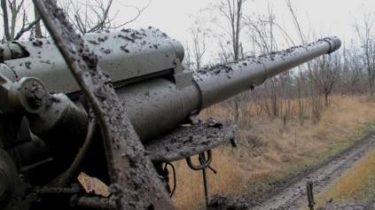 On the Donbass as a result of enemy attacks on two Ukrainian soldiers were injured, and two combat injuries.

At the direction of Lugansk in the evening time fighters from the 120-and 82-mm mortars and grenade launchers opened fire around Lugansk, the Trinity, Novoaleksandrovka and Tryokhizbenka. From APCS – near Svitlodarsk.

Posted by the Press center of staff ATO on Thursday, December 14, 2017

In Donetsk direction focused their activity in the suburb of Marinka in the first half of the day fired from mortars of various calibers and all range of infantry weapons. Night shot of the tank. It was turbulent near the Sands, Verhneuralskogo, Water, Lebedinsky and Talakivka the approaches to these settlements, the terrorists fired from grenade launchers of various types and light infantry weapons.

In General for the last day recorded 24 violations of the ceasefire by militants.

Earlier it was reported that on 27 November to 10 December, the Special observers monitoring mission of the OSCE recorded in the East of Ukraine almost 20 thousand violations of the cease-fire. This figure is 25% more than in the previous two weeks.