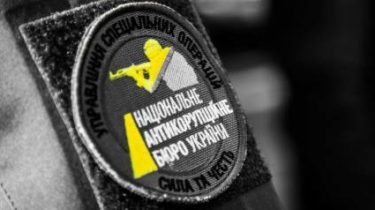 The national anti-corruption Bureau of Ukraine denied the statement of the Minister of justice Pavel Petrenko on the seizure during a search of the Ministry of justice of the original documents for a lawsuit against Rosneft in the European court of human rights. The Agency assure that this information is not true.

Videonab with a search warrant went to the Ministry of justice

In a statement, the NAB, announced December 12, said that the Solomensky district court of Kiev allowed temporary access to only those documents which relate to the subject of criminal proceedings.

“We emphasize, the detectives NAB are not withdrawn or tried to withdraw the Ministry of justice of Ukraine the documents on which the European court of human rights has been classified “confidential”, the statement reads.

In the NAB reiterated that Agency staff are “exclusively within the competence, in accordance with applicable law and under the procedural guidance of prosecutors of SAP”.

We will remind, the day before the Minister of justice Pavel Petrenko said that the search which the detectives NAB, held at the Ministry of justice of Ukraine, jeopardize the claim of Ukraine to the European court of human rights against the Russian company “Rosneft”. The head of the Ministry of justice argued that the search was conducted in the office of government Commissioner for the ECHR, where the materials in respect of claims of Ukraine against Russia, which the ECHR has been classified “secret.” Also, according to the Minister, the judge of Solomensky court allowed the NAB to withdraw the originals of the statements and materials of cases pending in the ECHR, where one of the parties was the state of Ukraine, for the period from 1 January 2013 to the present.