Zakharchenko imagined “guerrillas”, which he was going to provide mythical weapon “DNR” 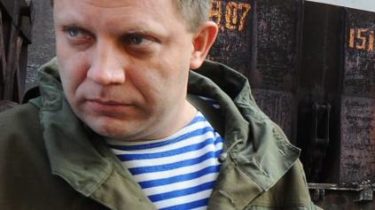 Militants “DNR” can provide weapons to a few thousand “guerrillas” in the territory of Ukraine.

This was stated by the leader of the terrorists Alexander Zakharchenko.

“DNR” is able to provide weapons of its own production of more than 3,000 partisans in the territories controlled by Kiev”, – quotes his Telegram-channel WarGonzo.

We will remind, earlier it was reported that in support of the bilateral relations, Canada has decided to include Ukraine in the list of countries where you can sell a lethal weapon.