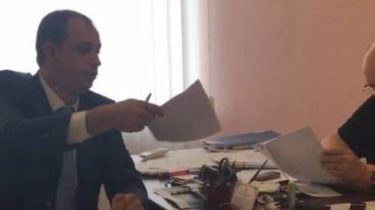 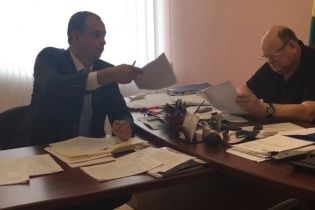 The former mayor of Terezka Donetsk region Vladimir Sleptsova, who is on trial for separatism, was released from custody.

The corresponding decision on 14 December adopted the Slavic city court, report “news of Donbass” with reference to the coordinator of the “Media initiative for human rights” Olga Reshetilova.

According to her, the Deputy judge said that Sleptsova is prepared to exchange prisoners.

Recall, on the eve in Odessa, the courts began to release from jail suspected of terrorism and separatism, to produce an exchange of prisoners with the militants “DNR” and “LNR”. Among those released from custody – the defendant in the “case on may 2,” the Odessa terrorists, the creators of the so-called “Odessa national Republic” and others. They all change the measure of restraint on personal commitment and release, accompanied by employees of SBU.

Earlier it was reported that the exchange of hostages between Kiev and the so-called “DNR” and “LNR” must be held before December 25. This was reported by the newspaper “Izvestia”, citing sources in the contact group and in the Russian diplomatic circles. While we are talking about 74 and 306 of Ukrainian prisoners of war – Donbass.

August 17, 2016 the ex-mayor Turecka Vladimir Sleptsov has officially handed over the message on suspicion in infringement of territorial integrity of Ukraine and participating in terrorist organizations. According to prosecutors, the blind April 15, 2014 headed the meeting session of the city Council and proposed to consider the appointment of an illegal referendum in Turecka. The court chose the measure of restraint in form of arrest.

Videorussian Eugene Nefedova needs to be exchanged for Ukrainian prisoner