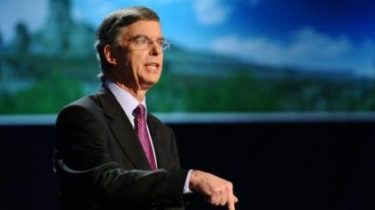 The sixth U.S. Ambassador to Ukraine William Taylor told which questions about Ukraine, he most often meets in the United States.

In an interview with “New time” he said that telling Americans that Ukraine is a very beautiful country says a lot about the Crimea and that Ukrainian culture is very ancient.

Already not Kerch. A bridge to the Crimea from Russia got a new name

“I recently learned that under modern Kiev at the hem was found an ancient settlement of the X century. And the world says about how deep in the past goes, and civilization, the heirs of which are Ukrainians. Moreover, in the X century on the territory of Moscow was a dense forest,” he said.

The diplomat also added that explains to Americans that Ukraine is important.

In Slovakia, the speaker of the Parliament is justified for his speech in the state Duma of the Russian Federation

“The events in Ukraine affect the whole of Europe and, incidentally, in Russia too. Depend on Ukraine and the fate of democracy in Russia. Therefore, it is crucial for Ukraine to be sovereign and make their own independent decisions,” said Taylor.

In turn, the Ukrainians, the former Ambassador says that most Americans are not well versed in international politics and Ukraine.

“They is evocative of the Dignity Revolution, Orange revolution, Russian intervention in Crimea and the Donbass. But they can’t be constantly aware of all the events. … Ukraine will never be able to constantly present in the top main American news. But if Ukraine becomes a truly democratic country, it is an unconditional ally of the United States,” said Taylor.

Earlier it was reported, according to Taylor, the Kremlin is committed to a gradual exit from the Donbass due to the fact that he is not worth the effort.