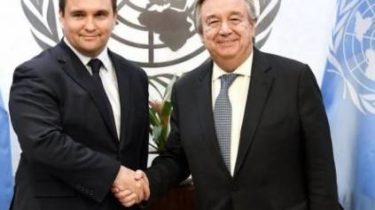 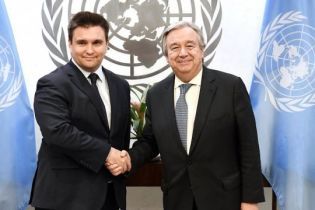 Foreign Minister of Ukraine Pavlo Klimkin during a meeting in new York with UN Secretary-General antónio Guterres focused on the prospects for the UN peacekeeping mission in the Donbas.

This was announced by the speaker of the Permanent mission of Ukraine to the UN, Oleg Nikolenko, writes UKRINFORM.

“Pavlo Klimkin has discussed with the UN Secretary-General antónio Guterres the prospects for the introduction of the UN peacekeeping mission in Eastern Ukraine, the protection of human rights in the temporarily occupied Crimea, cooperation in the humanitarian sphere, including the release of Ukrainian political prisoners and hostages from Russian captivity,” – said the Ukrainian diplomat.

He also said that the foreign Minister of Ukraine handed over the UN Secretary General an open letter on behalf of the Association of relatives of political hostages of the Kremlin, human rights and public organizations of Ukraine.

However, the representative of the Permanent mission of Ukraine to the United Nations in comments to the Agency stressed that the liberation of the journalist of UKRINFORM Roman Sushchenko from Russian captivity, was also on the agenda during the meeting. He reminded that the Ukrainian side has repeatedly raised this issue at various levels in the UN.