The Kremlin is committed to a gradual exit from the Donbass – former U.S. Ambassador to Ukraine 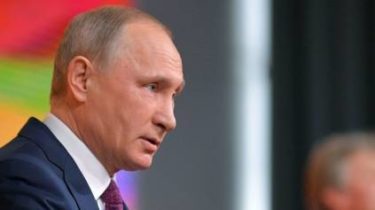 The Russian government is ready to gradually exit from the Donbass due to the fact that he is not worth the effort.

“I think the benefits that they received upon entering the Donbass, was much lower than expected, but the price is quite high. The Kremlin did not expect the United States and Europe will maintain sanctions for so long,” he said.

In 2014, the parties withdrew at the end of the war in the Donbass more than ever, the OSCE

According to Taylor, the sanctions are painful for the Russian economy, making the Crimea and Donbass “expensive” for Russia.

“All of these costs clearly exceed benefits, and it opens room for negotiation. So I think and hope that the Russians still consider the options of a gradual recovery of Donbass”, – the diplomat noted, adding that, according to him, this idea was discussed in Putin’s entourage last summer, because “to remain in the Donbas is not the best idea”

Also, ex-US Ambassador in Ukraine said that Putin had hoped for a short reaction of the US and EU over the annexation of Crimea and the fighting in the Donbass, as it was after the war in Georgia.

“When did the war in Georgia in 2008, sanctions against Russia were short-lived. It is possible that, upon entering the Crimea and the Donbass, Putin had hoped to receive the same short – term reaction,” he said.

We will remind, earlier the Minister of foreign Affairs Pavlo Klimkin said that after the completion in late December, a two-year mandate, a temporary member of the UN Security Council, Ukraine will continue to actively promote the initiative to introduce a UN peacekeeping mission in the Donbas. He also discussed the prospects for the introduction of peacekeepers in the Donbas with UN Secretary-General antónio Guterres.