Near the October Palace, clashes broke out between police and supporters of Saakashvili 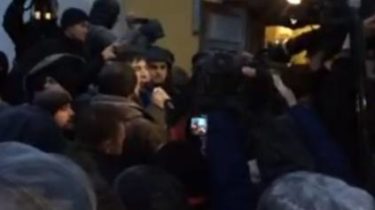 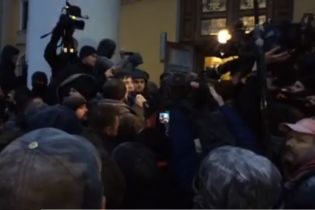 Near the October Palace , clashes broke out between police and supporters of ex-President of Georgia and leader of the political party “new force” of Mikheil Saakashvili.

The police and National guard are trying to prevent the protesters to come to the Palace, used tear gas, the correspondent of TSN Ivan Grebenyuk.

As we learned earlier, the activists went to the October Palace in response to a call by Saakashvili to create the staff. However, at the entrance of the building there were police officers, who prevented the supporters of Saakashvili to go inside. Skirmishes began. People tore the helmet from law enforcement officers and hitting them on the head. 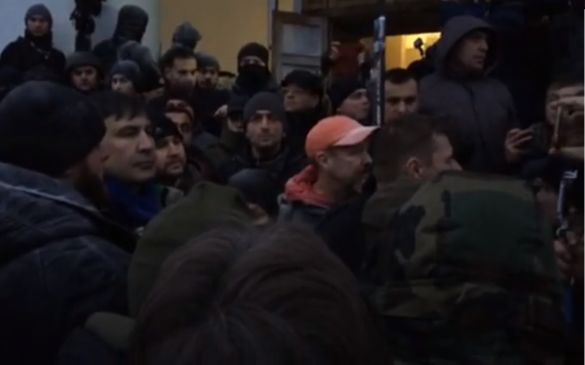 Activists have created a corridor through which under exclamations “the Shame!” passed several police officers. Other law enforcement officers retreated inside the building.

In turn, the attackers started to break doors October clubs.

After law enforcement officers used against the attackers powder extinguishers, but when that didn’t work, started spraying tear gas.

When Saakashvili’s supporters realized that they can not break through, then decided to go back to the Maidan.

However, some activists still remained near October. Sometimes there are attempts to break into the building.

As reported the adviser to the interior Minister Anton Gerashchenko, in the October Palace in this time, the concert was held. In the building there are children. “There is now a new-year children’s party. Inside, hundreds of children and their parents,” wrote the MP in Facebook.