All Russian military who were at JCCC, leave the territory of Ukraine – Russian foreign Ministry 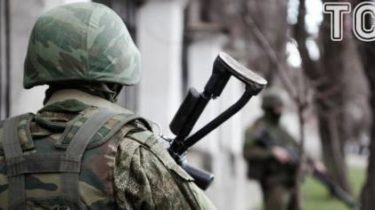 Tomorrow, 19 December the Russian military, who are representatives of the Russian Federation in the Joint center for control and coordination of ceasefire and stabilization of the line of contact in Donbas, leave the territory of Ukraine.

This is stated in the statement the Ministry of foreign Affairs of the Russian Federation.

“The mission of the Armed forces of the Russian Federation to the JCCC has become impossible. 19 December 2017, included in the Center of the Russian officers leave the territory of Ukraine. We have been informed our foreign partners about this forced move, emphasizing that all responsibility for possible consequences lies fully on the Ukrainian side,” – said in a statement.

“Since the creation of the SCCC has become one of the important mechanisms for the settlement in the South-East of Ukraine, which plays a significant role in monitoring the situation and assist in resolving disputes in the area of differentiation of the parties in the Donbass. Our officers have made a significant contribution to stabilizing the situation in the region, provided practical assistance to the Special OSCE monitoring mission in Ukraine. The activities of SCCC in General positively evaluated by all international partners involved in finding solutions to the Ukrainian crisis,” – noted in the foreign Ministry.

At the same time in Moscow was convinced that “JCCC, unfortunately, encountered serious difficulties because of the position of the Ukrainian authorities. So, Kiev, strongly objected to any documentary regulation of the functioning of the SCCC. Attempts to resolve this issue at the bilateral level or at the site of the Minsk Contact group, or in the “Normandy format” were not successful”.

Also, the Russian foreign Ministry complaining about the tense moral-psychological situation in the SCCC.

“In violation of the agreements of the Presidents of the Russian Federation and Ukraine regarding the creation and placement of JCCC Ukrainian side has deliberately created for its members our servicemen tense moral-psychological situation, obstructed to fulfil their duties. In particular, the Russian officers, restricted access to the line of contact, verification of service on the joint observation posts deployed on the territory controlled by Ukraine. It came to prohibitions on communication with the local population. There were instances of disrespect of Ukrainian troops to their Russian colleagues”.

From 1 January 2018 Ukraine plans to introduce a new procedure of entry and stay of Russian citizens on its territory.

“They (the Russians) will have to inform your personal details to the Ukrainian authorities. This rule is not consistent with the provisions of the Agreement between the Government of the Russian Federation and the Government of Ukraine on visa-free trips of citizens of the Russian Federation and citizens of Ukraine, dated 16 January 1997 and unacceptable for the Russian military. In contacts with representatives of Ukraine, including in the Normandy format and in the framework of the Minsk Contact group, we insisted on the need to handle this issue without prejudice to the Russian participation in SCCC. However, all our appeals, the Ukrainian side was ignored,” – noted in the foreign Ministry.

Earlier Ukrainian intelligence reported that the militants were planning an offensive in the area of ATO in the Donbas and will fire themselves.