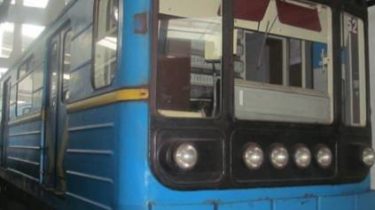 New year’s eve transport in Kiev will work longer. As stated by the Director of the Department of transport infrastructure KSCA Sergei Simonov, subway, trolleybuses, trams, etc. will complete the shift on three hours later.

“Thus, the last-in land transport will be held at 4-5 o’clock in the morning, so we can talk about almost round the clock operation road passenger transport, in new year’s eve. The funicular will also operate around the clock,” – said Simonov.

He also reminded that the festive events will be limited to the traffic on the Sofia square and Vladimirsky passage, and on the 19th of December (from 16:00 to 21:00), new year’s eve and 1st of January afternoon, and January 7 (12:00 to 15:00) will be banned the movement of all modes of transport along the Vladimir passage from St. Malaya Zhitomirskaya to Mikhaylovskaya square. At the same time, restrictions of traffic on the street Khreshchatyk is not expected.

Dear holiday. Top 5 products that will add to the price for new year’s table

As reported, users of social networks reacted critically to the appearance of the Christmas tree, which began to establish in the city center. The tree that was towering over the Sofia area, clearly bald, lost a large number of branches.