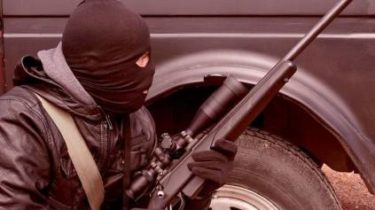 In the Goloseevsky district of Kiev there was a daring attack, according to “Guardians of the espresso”. Four men in balaclavas robbed a man on the street.

“The criminals attacked at the intersection of Baykova and Malevich. The bandits suddenly ran up to the man who exchanged the money, and, threatening with physical violence, took away his 550 thousand UAH”, – stated in the message.

According to the witness, the robbers, about 30-35 years old and they fled in a black Audi A4.

The police announced in the capital the plan “interception”.

Residents ORDO dressed in police and staged assaults on Ukraine

We will remind, the other day the police detained the natives of Donetsk, which robbed the jewellers on the highway near Berdichev in the end of November. The gang was caught by surprise for a moment before committing another crime. The men were dressed in police uniforms, and during the search they seized weapons and ammunition.