Co-founder Bitcoin.com sold all my savings in bitcoin 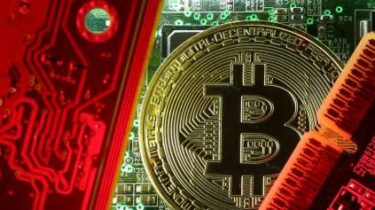 Co-founder and technical Director of one of the most famous specialized sites about cryptocurrency Bitcoin.com Emil Oldenburg said that recently sold all my savings in bitcoin.

According to him, bitcoins are “as good as useless”, Breakit.

Swedish entrepreneur did not specify how many bitcoins he had, when he sold and how many have helped out with this. He also criticized bitcoin, calling attach “the most risky investments that you can do.”

He noted that the main problems of bitcoin is of the high Commission and delay in operations. According to Oldenburg, when people understand how bitcoins work, they will start to sell them.

Co-founder Bitcoin.com admitted that in the past three years, his entire salary was paid in bitcoin. Oldenburg explained that “it’s time to dump risky cryptocurrency”, and switched to Cash Bitcoin version of cryptocurrency, which appeared in August 2017. He called Bitcoin Cash the opposite of bitcoin and the “future”.

Recall, bitcoin overcame another pricing level, and has risen to a record 20042 U.S. dollars. One day the price jumped up by 10%.