Cynical Novoluganskogo shelling and military activity in the arc Svetlodarsk. A day in the area ATO 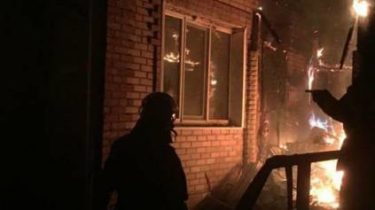 For the past day the terrorists 16 times fired at positions Armed forces of Ukraine. As a result of the attacks no Ukrainian soldier was killed and one was wounded.

On Lugansk the direction the epicenter of the fire activity remained Svetlodarsk arc. After firing Novoluganskogo reactive systems of volley fire was released ten artillery shells of calibre of 122 mm and more than forty heavy, 120-s min. nearby May. About twenty shells of 122-gauge exploded around Mladosovice. Also, mortars of various types, the terrorists intensively fired on fortifications near Luhansk and Lozovoy.

The construction of the Press center of staff ATO for the 18 December 2017, the Situation in the ATO area in the evening remained challenging…

Posted by the Press center of staff ATO on Monday, December 18, 2017

Security forces also continue to provide assistance to the victims Novoluganskogo. Ukrainian military doctors in the first minutes after shelling of terrorists stabilized the condition of eight injured, including one child, and sent them to the nearest inpatient medical facilities.