The UN General Assembly will vote for the resolution on Crimea 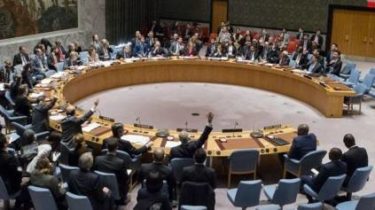 Today, December 19, the UN General Assembly is set to consider and vote on the draft resolution on human rights in Russia-annexed Crimea.

On the date of the final discussion of the document told the head of the Mejlis of the Crimean Tatar people Mustafa Dzhemilev, says the plot of TSN.Ranok.

The resolution is aimed at preventing impunity for crimes committed in the occupied Peninsula, explains the foreign Ministry of Ukraine. In particular, condemns the occupation of the Crimea, the illegal imposition of its laws and administration in the Crimea by the Russian Federation, the forcible transfer of the population from Ukrainian to Russian citizenship. The document calls on Russia to immediately stop arrests and discrimination, which previously received messages, “Voice of America”.

During the meeting this Tuesday, the Ukrainian side intends to draw the attention of diplomats that Russia still has not provided access to the occupied territories of the Crimea for international monitors.

Earlier, in mid-November, the draft resolution was approved by the Third Committee of the UN General Assembly. Her co-authors were more than 40 countries.