Klitschko can’t sleep because of snowfall together with the utilities 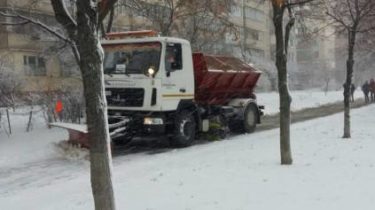 Kyiv mayor Vitali Klitschko the night checks, as are utilities and overcome the consequences of the snowfallthat the capital does not stop for almost a day.

“All municipal vehicles now clears the streets of snow. In recent days fell nearly a fortnight rainfall, so the situation is difficult. The city authorities have banned the entry of heavy equipment into the city. And turning to law enforcement to closely monitor the entrances to the capital and not to allow trucks to avoid collapse and blocked traffic on the streets,” – said Klitschko.

More than 270 machines machinery save Kiev from the snow