Snow collapse: Klitschko told where to call the people of Kiev in case of emergency 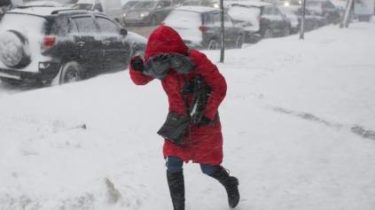 In cases of emergency due to the Blizzard that has captivated the city, Kiev must contact the service 1551 or the police.

This was stated by the Kyiv city Chairman Vitaly Klitschko, – informs the administration.

The mayor assured that on Wednesday, when the snowfall is expected to subside, all municipal vehicles will run on the streets around the clock.

According to Klitschko, all utilities operating in emergency mode.

“All services are working around the clock. And our task now is to do all that in the morning the city has not stopped,” said Klitschko.

Klitschko can’t sleep because of snowfall together with the utilities