More than 270 machines machinery save Kiev from the snow 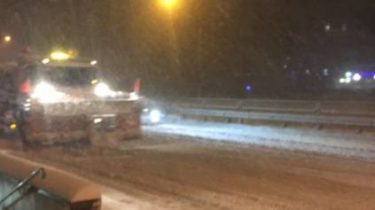 The Director of “Kyivavtodor” Alexander Gostev reported that last night in Kiev has 271 units of special equipment and formed large columns 5-8 pieces of equipment which clean the snow.

“They also additionally joins heavy equipment – graders, who will work on the capital’s roads. And technology will not stop. Only to refuel and to replenish the supply of salt,” – said Alexander Gostev.

Due to the heavy snowfall in Kyiv region there have been 130 accidents, there are victims