“Not very high”: the Minister of justice Petrenko told about the salary 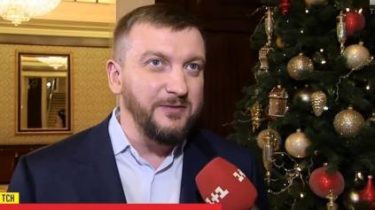 Justice Minister Pavlo Petrenko admitted that he is ready to take advantage of marriage in one day. However, the politician is not sure that the type of woman that he likes, interested in a Ministerial salary, according to a story TSN.19:30.

“When the time comes, and I find the one, the woman wants to live life – get married. And use the marriage service for the day,” he promised. According to Petrenko, he of the Actresses like Bellucci, Sumy and Kurylenko, however, so beautiful women are hard to interest of only one government salary. “The salary is not very high, but I have savings. Working in the civil service of the rather short period of time, before that I had a business law practice. The Minister’s salary in the region of 35-37 thousand hryvnia per month. I’m against managers of state corporations very humble servant,” – declared the Minister of justice.

ViceMinister of justice boasted his muscles and confessed, why still not married

This Petrenko denied rumors of lobbying for the post of Chairman of NAPC his teacher Natalia Korchak. “No subject not taught me. It is not my creature” – he said. The Minister also said that there is no control over the NACP of the Ministry of justice does not exist. “It is also a myth, because in the past year the most attacks by the NAPC was on the Ministry of justice,” – said the official.

The Minister also said that is not interested in expensive brands of clothing and accessories. “When I was a lawyer, already had this brand disease. Personalized shirts, suits – this is nonsense. You know, the person who does it probably has some complexes and low self-esteem,” explained Petrenko. And added, that goes for exercise and doing it regularly. “I try three days a week going to the gym,” said the official.