The court withdrew the arrest of the real estate Avakov Jr. 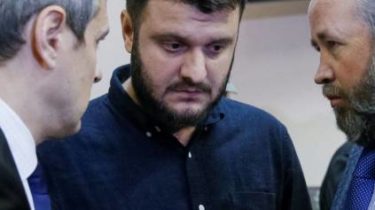 The court of appeal allowed the appeal by the defense and overturned the arrest of real estate of the son of the interior Minister Arsen Avakov Alexander, who is suspected of involvement in the embezzlement of public funds in the amount of 14.5 million.

“The appeal of the representative of the property owner, lawyer Tarasov, partially satisfy. The ruling of the investigating judge of the solomiansky district court of Kyiv … November 2017, which granted the petition of the detective NABOO, liens on property owned by Avakov, born in 1988, … to cancel,” – said the judge’s ruling.

It is noted that the arrest removed from his apartments to the address: street Protasov Yar, 8, in Kiev, as well as street myronositskaya 22, in Kharkov.

“Adopt a new resolution which trial in the court of first instance. The court of Appeals decision is not appealable. A full reading of the court’s decision will be held on December 26 at 16 h 16 min,” added the judge.

We will remind, the son of interior Minister Alexander Avakov is a suspect in the case of embezzlement of public 14,5 million hryvnias at the time of purchase tactical backpacks for the needs of ATO. Them, according to the charges acquired at inflated prices, and the funds transferred to firms with fictitiousness signs. In this case, there was a loud searches in Kharkov and Kiev. The Ministry of internal Affairs referred the matter political. The court released Alexander Avakov on personal recognizance with the requirement to surrender all passports to the State migration service.