In Moldova opened the sixth checkpoint of joint control with Ukraine 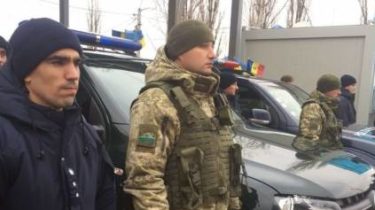 This was reported in the press center of the State border service of Ukraine.

“Today, December 19, border guards and customs officers of Ukraine and the Republic of Moldova started the implementation of joint border and customs control of persons, vehicles, goods and cargo crossing point “Palanca”, – stated in the message.

As noted, joint control in the check point “Mayaki-udobne-Palanca” on the territory of Moldova was introduced in execution of the agreements by the Prime Ministers and relevant roadmap of the Ukrainian-Moldovan cooperation for 2018 from 6 October this year.

“Today Ukraine and Moldova have made another practical step aimed at strengthening trust between our countries and create a comfortable environment for people crossing the common border”, – said the head of the State border service of Ukraine Petro Cigital during the opening, thanked the European partners for support.

In the border service claim that the establishment of joint control will ensure transparency in the process of conducting the necessary procedures and inspections at the border. In addition, the border crossing will be easier and more comfortable, because to stay will only need once.

We will remind, in the summer , the Cabinet of Ministers ordered to open the crossing point “Bronnytsia” on the state border with Moldova. This is stated in the decree of the government №565 from 18 August.

The document says the opening of the international border crossing point “Bronnytsia” for passenger and cargo (up to 3.5 tonnes) road transport. The CBP will have continued operation and will work around the clock.