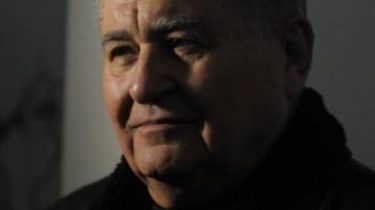 Opinion of the Russian military from the composition of the SCCC will almost make it impossible to ensure the regime of silence, if it is to be concluded in Minsk on 20 December.

This opinion was expressed in Facebook, the representative of Ukraine in the working sub-group on the security of the Trilateral contact group Yevhen Marchuk.

He recalled that on 20 December will be the last in this year’s 73rd round of talks in Minsk, the agenda of the working group on security issues is the attempt to negotiate a ceasefire across the contact line, at least for the period of Christmas and new year holidays and winter vacations.

“How to achieve this, technology has been developed and tested, It worked in 2016 when then managed to hold on to silent mode for 6 weeks. The so-called bread and school truce in 2017 was unsuccessful. A very important role in ensuring that technology plays a military Joint center for control and coordination (JCCC), which includes Ukrainian and Russian military. Unlike the patrols of the OSCE SMM, they have the power and can quickly intervene to stop the violation of silence regime. Russian military in violations of ORDA, and Ukrainian – by the APU. The action of the Russian leadership to withdraw its troops from part of the SCCC will almost make it impossible to ensure the regime of silence, even if an agreement is reached tomorrow,” said Marchuk.

He stressed that the opinion of the Russian part of JCCC will definitely lead to the elimination of this structure.

“This is bad… Besides, it’s a kind of blackmail, an attempt to get us into direct talks with the militants ORDO and a bad sign at all,” said Marchuk.

Read more about the decision of the Russian President in the material Dnia “Tactics” peacemaker “. Why Putin to withdraw troops from JCCC in the Donbas.”