In the Donbass put out a scout of terrorists “DNR” 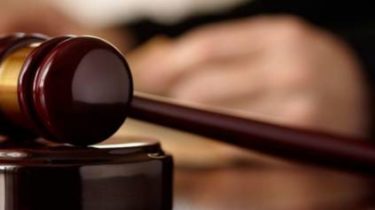 Krasnoarmeiskii city court sentenced to 8 years and 6 months 23-year-old resident dobropil’s’kyi district, which participated in the fighting in the Donbass in the composition of the terrorist group “DNR” against the Armed forces of Ukraine.

About it reports press center of the Prosecutor’s office of Donetsk region.

“By the Prosecutor during the court hearing proved that in July 2014 the man, according to the orders of the militants of the terrorist organization “DNR”, went to Rostov-on-don, Russian Federation, where under the command of instructors from among servicemen of the Armed Forces of the Russian Federation held a training course on weapons handling and tactics,” – said in the message.

Nearly fifty houses damaged in the shelling by militants Novoluganskogo

It is reported that a man had fought in the battalion of terrorists “East”. Also took part in the battles for the Donetsk airport against military APU. After that I was on a scouting mission of the invaders, observing the positions of the Ukrainian army.

In October 2015 the man was detained while crossing the checkpoint of the National guard of Ukraine near the village Verkhneolonetski, where, upon inspection of his belongings found a military ID of “DNR” and other documents indicating participation in a terrorist organization,” – said in a statement.

Recall of Russian officers from the Joint center for control and coordination of questions of ceasefire and stabilization of the demarcation line in the Donbas has left the territory of “DNR”.

The Prosecutor’s office of Donetsk region