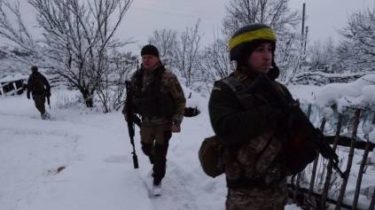 Ukrainian representatives of the JCCC in the Donbas left it occupied part of the profit in Soledar, located on the territory controlled by Ukraine, reports “gromadske” with reference to the Deputy head of Department on public relations of the APU Jozef Vaskovich.

According to him, the Ukrainian officers SCCC will remain there and will continue to contribute to the work of the OSCE mission.

“SCCC is working to continue normally. Will provide work of the OSCE SMM and to help them”, – said Viskovic.

And said that our convoy set off from the Donbass at ten in the morning. However, it is also occupied East left the representatives of the JCCC Russia.

We will remind, on December 18 , the Russian foreign Ministry has announced the withdrawal of Russian JCCC representatives from the Donbass. As their representatives, allegedly, “has faced serious difficulties because of the position of the Ukrainian authorities.” The Ministry of foreign Affairs of Ukraine called the move another provocation.

The joint center for control and coordination of ceasefire and stabilization of the demarcation line was established in 2014 with headquarters in the Donetsk region. It was a joint group of Ukrainian and Russian officers supervising the observance of the Minsk agreements.