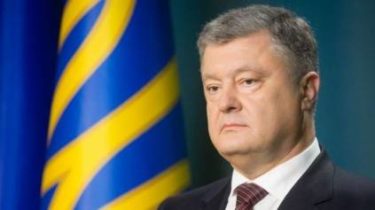 The President of Ukraine Petro Poroshenko has welcomed the adoption of the resolution of the 72nd session of the UN General Assembly regarding human rights violations in the Crimea.

“I’m thankful for the real friends of the Ukrainian Crimea as the sponsors of the resolution and those who supported it with their votes,” he wrote on his page in Facebook.

The Ukrainian head of state noted that “the international front for the de-occupation of Crimea is growing” and “in spite of the blatant manipulation, crimes of the Kremlin do not hide, nor avoid international responsibility for them.”

“Today’s resolution sends a strong signal to the aggressor as the occupying power that the international rule of law, truth and justice,” – said Poroshenko.

We will remind, in the evening of December 19, Kyiv time , the UN General Assembly adopted a resolution on human rights in Russia-annexed Crimea. The resolution is aimed at preventing impunity for crimes committed in the occupied Peninsula, explains the foreign Ministry of Ukraine. In particular, condemns the occupation of the Crimea, the illegal imposition of its laws and administration in the Crimea by the Russian Federation, the forcible transfer of the population from Ukrainian to Russian citizenship. The document calls on Russia to immediately stop arrests and discrimination, which previously received messages.