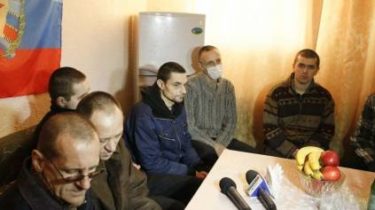 Today, 20 December, in this year’s last meeting of the Tripartite contact group in Minsk can agree on a final list for the exchange of hostages between Ukraine and militants.

Kiev hopes to bring back 74 of their hostages. Ready to transfer to 306 people, which brought suspicion of crimes against Ukraine. According to Russian media reports, it is expected that the exchange will take place until December 25.

Also at today’s meeting in Minsk, according to preliminary information, will raise the issue of the festive truce. The participants of the contact group will attempt to reach agreement on a ceasefire along the line of contact in Donbas during new year and Christmas holidays and winter school holidays.

Earlier the representative of Ukraine in the Tripartite contact group, the first Deputy Chairman of the Verkhovna Rada Iryna Gerashchenko reported about the possible disruption of the exchange of hostages due to new conditions which made the militants. They compiled an additional list of people require to release. Also, Russia and the militants demanding the return of persons who do not want to return to the occupied territories.