Russia and its surrogates is the source of violence in the East of Ukraine. The reaction of the state Department at the RF output of the SCCC 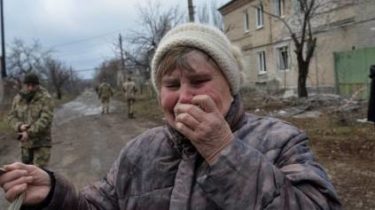 Washington called Moscow’s actions and its henchmen in the Donbass source of violence. In the United States attribute the recent worsening and attacks with a unilateral exit of Russia from the Joint center for coordination and control.

With the corresponding statement was made on Tuesday in Washington press Secretary, U.S. Department of State Heather Nauert, reports UKRINFORM.

“Previously, the agreement on a cease-fire was achieved on the level of Russian-Ukrainian military mechanism (the Joint center for coordination and control – ed.) that allowed civil is it safe to leave the areas of fire. However, the Russian government unilaterally took the decision to withdraw from this mechanism of deconfliction,” said Nauert.

Videoreal USA to attack Pro-Russian separatists in the Donbass

She called Russia and its henchmen “source of violence” in Eastern Ukraine. “The Russian government continues to maintain an active conflict and humanitarian crisis, provides the command and directs the armed forces and has direct control over their appointees to local authorities”, – said the representative of US state Department.

The state Department said that the conflict in Eastern Ukraine is not a civil war.

“So-called “Republic”, which was established by Russia, are illegal formations”, – said the speaker of the state Department.

She also remembered the last escalation in the Donbas.

“Last night the forces under the leadership of Russia carried out the shelling of the city of new Lugansk with Grad rockets that resulted in the injury of eight civilians, damage dozens of homes, schools and children’s playgrounds,” said, Nauert.