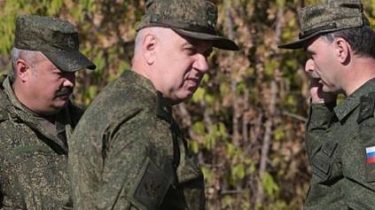 One of the Russian officers, who were part of the Joint center for control and coordination, in 2017, visited the occupied Crimea illegitimate way. He was banned entry to the territory of Ukraine for three years.

About this informed the press-Secretary of the state border guard service Oleh Slobodian in Facebook.

“The Russian officers who were part of the JCCC last night, went from Ukraine. Design was held at the checkpoint “goptovka” in the Kharkiv region. At the time of registration was discovered by the officer, a Colonel, who went to the temporarily occupied Crimea through the closed by the government of Ukraine border crossing points”, – is spoken in the message of the speaker guards.

Russia and its surrogates is the source of violence in the East of Ukraine. The reaction of the state Department at the RF output of the SCCC

It is noted that the Russian visited the occupied Crimea in April this year through the checkpoint “Simferopol”, closed the Ukrainian government. Therefore, a man banned from visiting Ukraine for a period of three years.

The Ukrainian JCCC representatives in the Donbas also on December 19 left the occupied part and arrived in Soledar, located on the territory controlled by Ukraine.