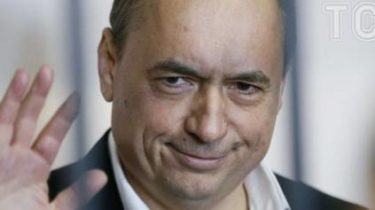 Specialized anti-corruption Prosecutor’s office presented to the former people’s Deputy Mykola Martynenko, who was suspected of misappropriation of property of the state enterprise “NAEK “Energoatom”, the updated final suspicion.

This is with reference to own sources in SAP writes “Ukrainian truth”.

“The suspect handed today (Wednesday – ed.ed.) at 10 in the morning”, – assured the interlocutor of the edition.

At the same time, the source did not specify any details of delivery, in particular how ex-MP got a suspicion.

We will remind, on April 20, 2017 as part of an investigation of the episode with damage to SE “VostGOK” in the amount of 17.28 million. detectives NABOO and prosecutors SAP reported about suspicion to the former MP, former head of the parliamentary Committee on energy Mykola Martynenko.