Solomatina said the investigation of corruption in NACP sabotaged 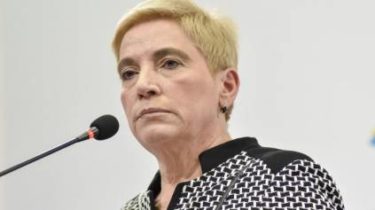 Corruption in the National Agency for prevention of corruption, which gave law enforcement officers the former head of the Department of financial monitoring of NACP by Anna Solomatina, investigated.

“The investigation is not conducted. Went the second month after my briefing and handing me the documents. NABOO the investigation began, but SAP has not given them the opportunity to conduct investigative actions”, – said Solomatin.

It is noted that NAB has not had the opportunity to spend seizure of documents for the investigation, which is one of the most important methods of finding evidence. The case was transferred to the SBU, where, however, stated that it is not their competence.

“This could not be done. Body that directly involved in investigations of corruption in the higher echelons of power is NABOO,” adds Solomatin.

According to her, the head of the NAPC Natalia Korchak specifically hiding documents that could testify about corruption in the Agency. Safe one of ulicetea corruption in NAPC opened it and pulled out several documents. They were taken in an unknown direction.

The whistle-blower NACP Solomatina published the correspondence with the “curator.”

“Over the whistleblowers who have to work, there is a death,” says Solomatin.

However, the question whether to grant Solomatina protection, the woman does not respond. However, according to “UNIVERSITY”, Vice-Chairman of SBU Victor Kononenko said that the security Service has provided the proper protection.

As previously reported, the head of financial control Department NAPC Anna Solomatina has accused its leadership in the face of Natalia Korchak in the falsification of the findings of verification of declarations. According to her, Korczak gave direct orders concerning the verification of the deputies and falsified conclusions.

In turn, the detectives NABOO opened a case on the fact of possible receipt by the staff of NACP bribes in especially large sizes.