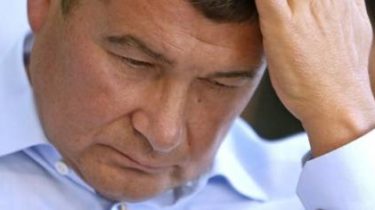 About it reported in a press-service of Specialized anti-corruption Prosecutor’s office.

“On 18 December the investigating judge granted the petition for permission for a special pre-trial investigation (in absentia) in respect of people’s Deputy of Ukraine Onishchenko Alexander Romanovich and 5 people who, according to the advanced suspicion, were members of a criminal organization headed by the indicated MP. The court actually provided an opportunity to the prosecution to complete the evidence gathering in the production and make the final decision under article 283 of the CPC of Ukraine”, – stated in the message.

As noted, given the currently available materials, this decision is seen the indictment.

Separately, SAP noticed that none of the suspects in respect of whom granted permission for the implementation of the special pre-trial investigation, is not prohibited entry into Ukraine, and they have the opportunity to defend their position in criminal proceedings.

“Harboring the same suspects for more than 6 months outside of Ukraine and the requirements of articles 2, 9, 28 code of criminal procedure, which require including the Prosecutor to ensure the implementation of the pre-trial investigation and the investigative and procedural actions within a reasonable time, forced the prosecution to elect just such a form of pre-trial investigation in order to achieve the purpose of criminal proceedings and bringing guilty persons to criminal responsibility”, – concluded the Prosecutor’s office.

On 27 July the Prosecutor General of Ukraine signed the message on suspicion to the people’s Deputy. 8 August was declared national search.