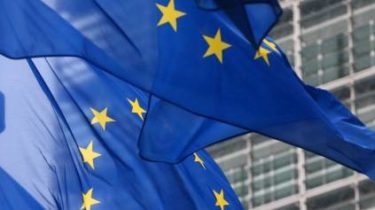 The European Commission presented a report on the mechanism of suspension of the visa regime with Ukraine.

A report published on the website of the EC.

In addition, the European Commission urgently require to restore the authority of the NACP to create an effective control system of electronic declarations and to repeal the electronic Declaration of anti-corruption activists.

Another requirement of the EC is to strengthen cooperation with the European institutions to prevent the risks of irregular migration, information campaigns on the rights and obligations under the visa-free regime, as well as to strengthen the fight against organized crime, in particular through increased funding Nacpac.

“Ukraine still remains a transit country for various illegal activities, including distribution of heroin Caucasus route. Organized crime groups from Ukraine are involved in excise fraud, in particular, the production and smuggling of products of tobacco products in the EU. Ukraine is a potential source of illicit arms trafficking in the EU,” believe in Europe.

We will remind, earlier the Minister of foreign Affairs of Ukraine Pavel Klimkin has promised Ukrainians a visa-free entry to 100 countries within two years. According to him, negotiations for bizwise or simplification from more than 20 countries.